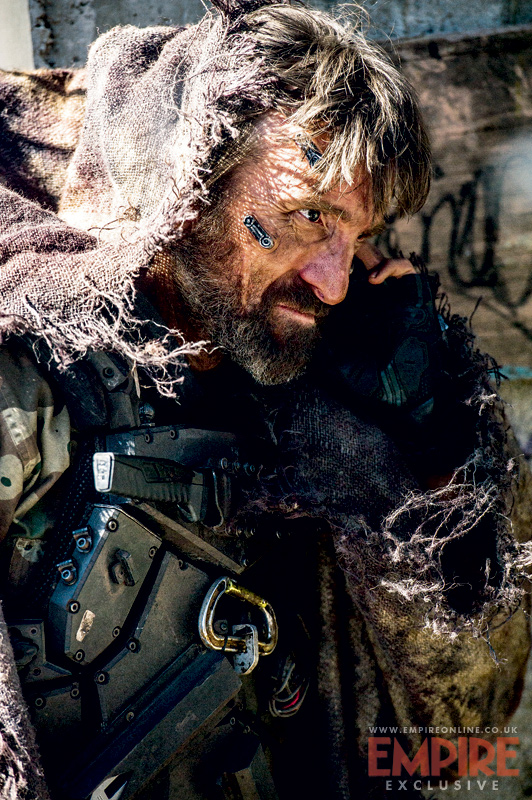 Sharlto Copley got to play somewhat of a “good guy” in Neill Blomkamp‘s first feature film ‘District 9’, and a nerdy type of good guy at that.  Now, not only does he get to play someone not quite as nerdy (or so it seems), he gets to play the freakin’ bad guy, this one named Kruger.  And he certainly looks like a villain in the above picture – we hardly knew thee, Wikus Van De Merwe.  When he previously described his character, he did so in comparing it with The Joker, but in his recent interview with Empire, he’s had to go back on his words as he explains here:

The Joker was a mistaken reference. I was really just saying that that was the last time I saw a villain that inspired me: somebody that set the bar. There’s no connection or likeness to The Joker in terms of the character. What I did with him — which I try to do with all my original characters — was draw from real life. I combined references from a very infamous South African military battalion called 32 Battalion, that fought in the Border Wars in South Africa, and a stereotype of character that you get in the south of Johannesburg, where the guys are a little bit more comfortable with violence!

Well, considering the look here, comparing his villain to those of real life violent-prone people can be even scarier than comparing him to The Joker.  And that’ll be something to watch!