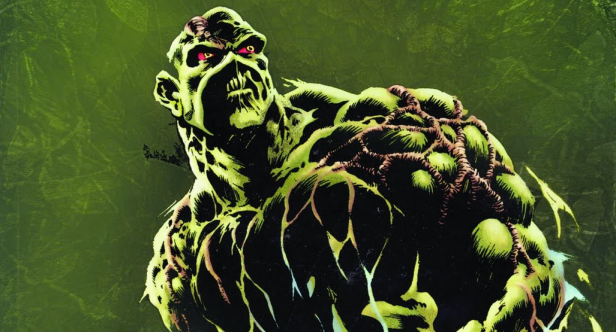 Not that Guillermo del Toro isn’t booked with loads of projects (he’s so busy he didn’t even accept directing Star Wars VII), this has been on his radar for some time, and it looks like it will actually become a reality, and that is the project that is now called Dark Universe (as opposed to previous titles of Heaven Sent and Justice League Dark.)

“I’m working on it. I’m writing the outline and we’re already in talks with a writer. A very, very good writer. People are probably going to be happy with who we have chosen. He accepted. I’ve been courting this writer, who I think is the perfect guy for this job. We’re doing it. Hopefully it will happen.”

Del Toro goes on the hint at the lineup of characters we might see in the project including Swamp Thing, The Demon, John Constantine, Deadman, The Spectre, and the father/daughter pair of Zatara and Zatanna.

“Swamp Thing, for me is a rock star. The Demon, Etrigan, is amazing. And then you go to Constantine, who I thought is an amazing creation — and I want to do the Constantine of the comics. Deadman is really a lot of work, but a lot of fun. [The Spectre is in,] yes…”

When asked to elaborate he said, “I can’t say, because then you’ll know the plot a little bit.” It’s awesome that he’s movie forward with the movie! It’s not officially greenlit yet, but he’s taking the steps he needs to take to get to that point. I’m really excited about the possibilities of this film, more than I am for Justice League. This is a passion project for Del Toro, and he’s going to give the fans what they want to see.

So, what do you think folks?  Is there still room on the big screen for move comic book characters?  Or are all characters welcome?

Watch the video interview at GeekTyrant.