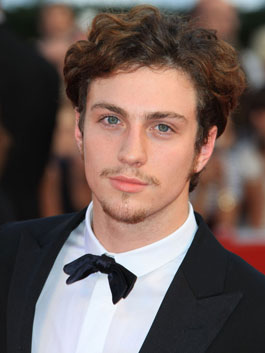 This has certainly been a busy week for Legendary Pictures and Godzilla folks.  Yeah, there’s that thing about script issues and people being fired and all that, but what we really want to know is who’s going to be in it (among other things), and here’s the latest rumor about that:

Earlier this week, Legendary Pictures brought in Frank Darabont (‘The Green Mile’, ‘Shawshank Redemption’) to polish up a script for the studios’ upcoming Godzilla reboot. Today, Deadline is reporting that ‘Kick-Ass‘ star Aaron Johnson has emerged as the front-runner for the lead role in the film. 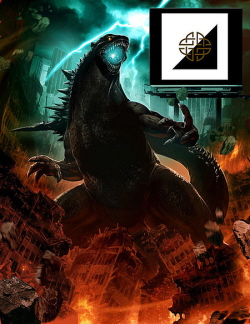 It should be interesting.  I honestly didn’t think too much of Kick-Ass after I saw it, and I don’t know if I plan on seeing the sequel, but obviously it’s pretty popular.  And I haven’t seen him  in anything else, but apparently he’s more than talented enough to pull off playing some teenage wannabe superhero and then turn around and court Keira Knightley in the period piece film Anna Karenina.

Earlier this week, WB held a webinar detailing the Godzilla project. Among the details revealed were two new monsters in addition to Godzilla and that the film would “follow the story of a soldier.” It’s presumed that Johnson would be up for the soldier role.

Well, it wouldn’t be a Godzilla movie without at least one monster he can fight against and wreck the city with.

The movie is tentatively scheduled for a 2014 release.