Seth Gabel’s The Count is nabbed by The Arrow

We also have a gallery of still images from the episode as well after the jump.

“The character doesn’t have any super powers to start with but any superpowers that the comic book character had get manifested in the form of a drug called Vertigo that I sell on the street. I’m a street drug kingpin, and I’m flooding the street of Starling City with Vertigo.

I found that at the end of the day, the [he’s] obsessed with power and money and whatever it takes to get that is what he’s willing to do. [He wants] to ride to the top and be one of the most powerful people in Sterling City. So to have the opportunity to take on the Arrow character and prove himself to himself and to the rest of the city is everything he wanted and more.” 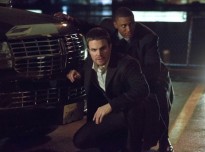 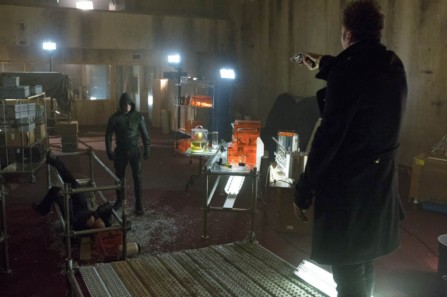