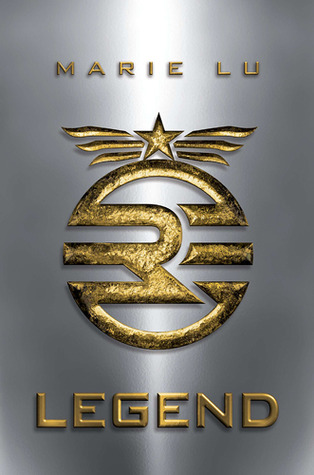 The buzz has been quiet for a while what with other movies, including YA movies, coming out and the producers and such having to deal with all that along with the awards ceremonies this time of year, but luckily MTV’s Hollywood Crush was able to get at least some kind of new information from producer Wyck Godfrey on what’s going on with the development of Marie Lu‘s ‘Legend‘ going to the big screen.

The good news: Things are moving along as interest in the book continues to grow, and they want to faithfully recreate Marie’s vision. The bad news: It’s going to be a while before we see a finished film.

This is not surprising.  It can take several years before a book actually turns into a movie.  The idea is to come out with the movie sometime during the peak of it’s growth.

“[Because of ‘Prodigy‘ buzz], the sales of “Legend” have gone up, so back at CBS films, they’re all of a sudden going, ‘Okay, now let’s push up.  We have a fantastic script, and we had Jonathan Levine who directed ‘Warm Bodies,’ but because he had just done a YA book, he’s kinda like, ‘I’ve got to do something different.’ So we’re in the process of putting a director on ‘Legend.’ Whoever gets that is going to be excited because the world-building for that is a blast.”

That’s also understandable to an extent, which is fine.

So, what are they planning to make this film into something different from what’s already been out?

“We talked about ‘The Hunger Games‘ actually, the artificial creation of the place where they have the games,” Wyck said. “But this is really urban decay. It’s Los Angeles in the future. It’s got a much more tangible, relatable kind of feel to it. So we want somebody who can sort of build that world, but we also wanna get somebody who gets the relationship between these two lead characters, which is really the meat of it, and the sense of feeding revolution in youth, which I feel like exists in the country right now that, ‘We’ve got to change things’ mentality, is what makes the book so strong.”

There you have it.  The ideas are coming, but the development is slow, as it always is in Hollywood.  There are some books that are lucky enough to gain popularity so fast that the movie gets made right away (The Hunger Games, pub. 2008), and then there are those that can take even decades to be made (Ender’s Game, pub. 1985).

One thought on “Update on ‘LEGEND’ Movie”