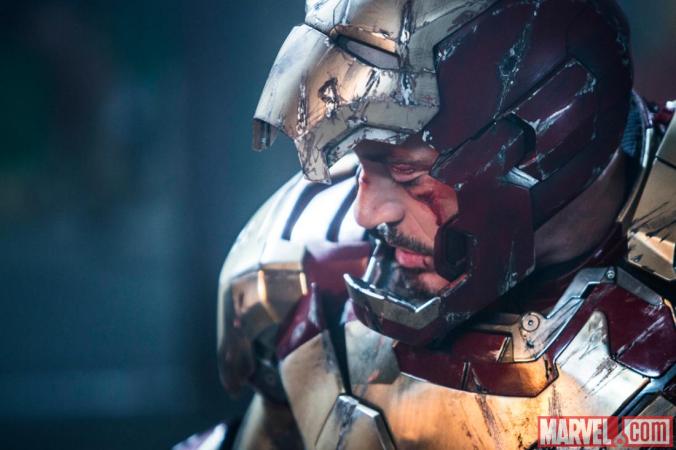 In case you missed the news, there’s been a lot of talk as to what happens to Tony Stark/Iron Man at the end of ‘Iron Man 3.’  Lots of it hinting at the Iron Man film introducing the ‘Guardians of the Galaxy’ characters, or maybe character.  This is all just speculation and rumor, but it’s a pretty big rumor.  Here’s what Robert Downey Jr. said to Entertainment Weekly about it (via Collider):

“The whole Avengers thing [with $1.5 billion in global box office] was such a relief and such a confirmation of [Marvel Studios President] Kevin Feige’s vision for this all along. As Kevin has put it, the next step after that is to bring in someone like Shane Black and – without pretending that the Avengers don’t exist – find a way to go back to a kind of re-investigation of Tony’s world, which he thought would be, one, fun for the audience and, two, would rock in a different way than The Avengers. But we can’t help it — everywhere you look now in every Marvel movie there are opportunities where certain new pals of his could be useful. So they’re in the atmosphere, so to speak, but I wouldn’t expect to see them on the ground in this one.

And while talking with /Film, Kevin Feige said this (via GeekTyrant):

[Guardians of the Galaxy] is where a lot of that will really come to fruition and to me it’s okay and The Avengers is the place to mash it all up, because that’s what Avengers is for and you can have Iron Man in outer space. How’s that going to affect him in Iron Man 3 or 4? Well the truth is that’s in there now. (Laughs) He’s seen some shit, but he’s also Tony Stark and can blow a lot of stuff off so the story of Iron Man 3, as we’ve already talked about, is very insular and very Tony Stark centric as redefined by Shane Black.

Latino Review was one of the first to take to the rumor mill, however, as you can see below, there are the film-related super popular Funko Pop! toys that show a “Deep Space Suit” to help corroborate the rumor.

How this thing plays into the actual story of Iron Man 3, we have yet to find out.  Maybe it does, maybe it doesn’t, but if it turns out to be true, I’m excited to see exactly how they’re going to do that since they have yet to even cast anyone for the ‘Guardians of the Galaxy’ movie.  They are in the process of narrowing down (at least I hope they are) the list of actors up for the lead of Star-Lord, so there is a possibility that we will see whoever that person ends up being in a post-credits scene.  (Which reminds me, I find it shocking that people still continue to leave right when the credits roll, and are surprised that they missed something at the end.  Haven’t they learned yet?) 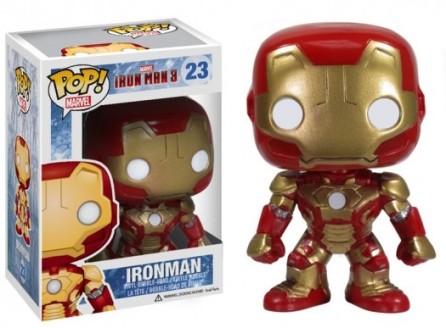 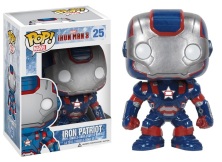 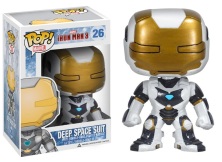 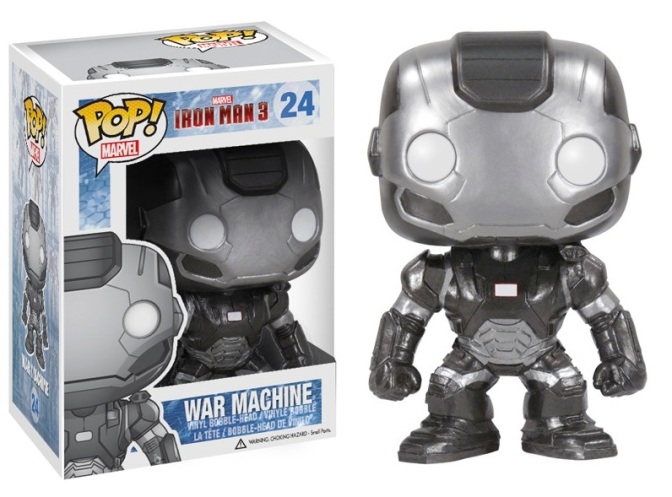