It seems that Loki (Tom Hiddleston), Malekith (Christopher Eccleston), and the Dark Elves aren’t the only baddies that Thor (Chris Hemsworth) and his team of warriors will be facing, according to Marvel Studios executive producer Craig Kyle.  Here’s what has been revealed about the timeline of this movie, Malekith and the Dark Elves, and another group – The Marauders.

According to the report, Thor: The Dark World will pick-up one year after The Avengers – and two years after the first Thor movie. At the sequel’s start, Thor – “now a full-time general” – and his forces are over-extended at war in The Nine Realms as a group of “rag-tag invaders known as The Marauders” thins and weakens the Asgardian army. Responding to the Marauder threat leaves Asgard vulnerable – allowing Malekith and the Dark Elves to mount a more effective assault on Thor’s home realm. Whether or not The Marauders are acting on their own orders or are manipulated by Malekith, Loki, Thanos, or some other unseen enemy isn’t known at this time. Though, it’s easy to imagine The Dark Elves using The Marauders as pawns in their larger plans to destroy Asgard. 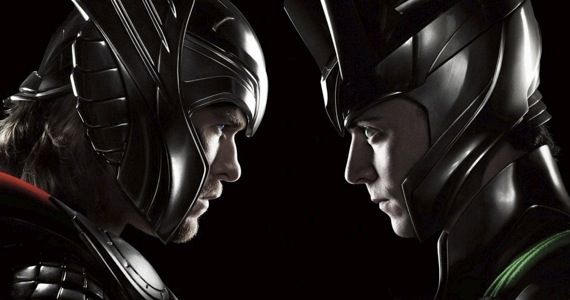 Readers who have been following our coverage of Thor: The Dark World will remember we had speculated that Malekith might team with Surtur and the fire giants of Muspelheim in the attack on Asgard. Marvel has promised that there are plenty of Thor 2 surprises yet to be spoiled (along with a few that have been spoiled) but it’s looking more likely that, instead of a realm-specific army, The Marauders are a mix of viking-like humans as well as isolated members of other beastly races – some possibly from Hel (the Norse Underworld) and Vanaheim.

Here’s what Kyle had to say about Thor’s storyline:

“Expectations are high. By bringing director Alan Taylor into the mix, with his expertise on The Sopranos, Mad Men and Game Of Thrones, we came up with a take that allows us to get more into the nooks and crannies of Asgard and its people. We spend more time on the ground with the commoners, as opposed to in the palace. It’s a very complicated blend [of genres: high science fiction, gritty fantasy, and realism]. Thor is, until Guardians of the Galaxy hits, by far our most wild, fringe Marvel piece. But that’s why it’s the Marvel Universe and not Marvel Earth!”

Boy, Thor sure does have a lot on his place, including trying to find the time for his human girlfriend, Jane Foster (Natalie Portman).

via New ‘Thor: The Dark World’ Villain Details: Who Are The Marauders?.

One thought on “‘THOR: THE DARK WORLD’ Reveal Details on Villains, Still More Surprises to Come”