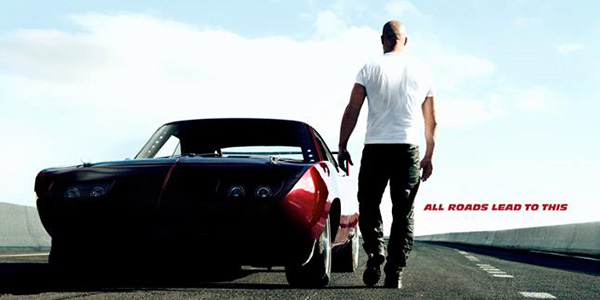 Goodies for all you who love muscle cars, speed, and gratuitous body shots.  The people of ‘The Fast & The Furious’ franchise are back to give you that rush of adrenaline that only cars can do.  Lots of stuff was revealed recently, and so I’ve posted it here for your enjoyment.

Here’s the movie’s official synopsis and poster (via Collider):

Since Dom (Diesel) and Brian’s (Walker) Rio heist toppled a kingpin’s empire and left their crew with $100 million, our heroes have scattered across the globe.  But their inability to return home and living forever on the lam have left their lives incomplete.

Meanwhile, Hobbs (Johnson) has been tracking an organization of lethally skilled mercenary drivers across 12 countries, whose mastermind (Evans) is aided by a ruthless second-in-command revealed to be the love Dom thought was dead, Letty (Rodriguez).  The only way to stop the criminal outfit is to outmatch them at street level, so Hobbs asks Dom to assemble his elite team in London.  Payment?  Full pardons for all of them so they can return home and make their families whole again. 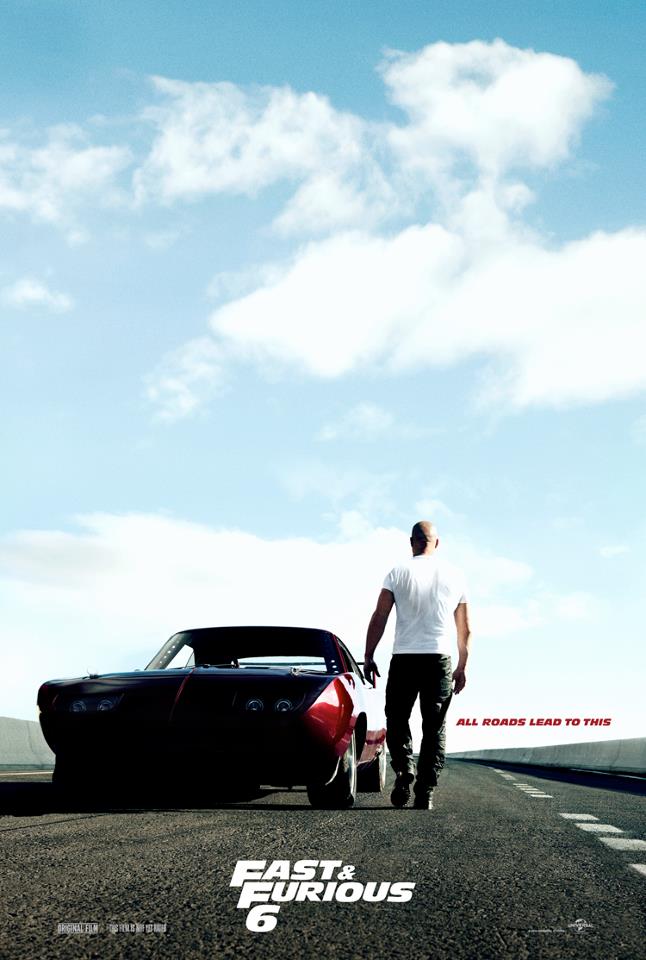 In another article, we take a closer look at Michelle Rodriguez, who was teased at returning in the post-credit scene of ‘Fast Five.’  I still remember the shock of seeing that!

While it’s usually Vin Diesel who releases official assets to his Facebook fans, Rodriguez was given the duty of unveiling the new photo of Lefty. Unfortunately, the photo doesn’t answer the questions bothering fans most at this point, like why the character would remain hidden from Dom (Diesel) and why she’s second-in-command to new villain Owen Shaw (Luke Evans).

What it does prove is that whatever Letty’s been doing, it’s been working. We can’t imagine how Dom will react when he lays eyes on the love of his life again, but we’re glad to see Rodriguez back in the cast. Take a look: 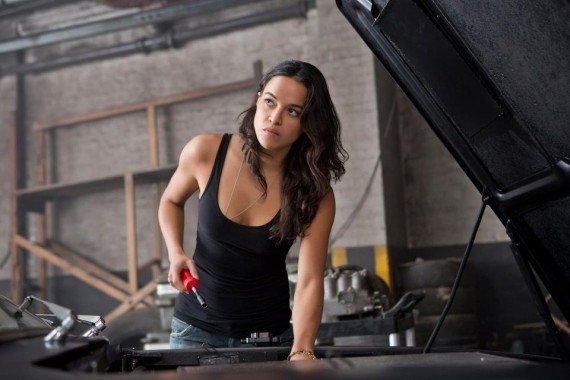 As the official synopsis for Fast & Furious 6 explains, Dom, Brian (Paul Walker) and enemy-turned-partner Hobbs (Dwayne ‘The People’s Champ’ Johnson) will be working together to bring down an elusive team of drivers for hire. How Letty ended up on the team and not a coffin after her reported death in Fast & Furious (2009) will probably be a pivotal plot point, but whether the film brings a reunion or another bitter farewell remains to be seen.

We’ll take this opportunity to hope that Letty’s arrival will give Dom a chance to exhibit some kind of emotion, and in our opinion, returning Rodriguez to the permanent cast – not killing her off yet again – would be the wisest move.

We’re not saying that Diesel’s performances in the last films haven’t been enjoyable (since fans clearly adore them), but a romance between the two would be a more than welcome change at this point. After all, Brian and Mia (Jordana Brewster) should have a baby arriving any day now. It deserves a happy uncle. 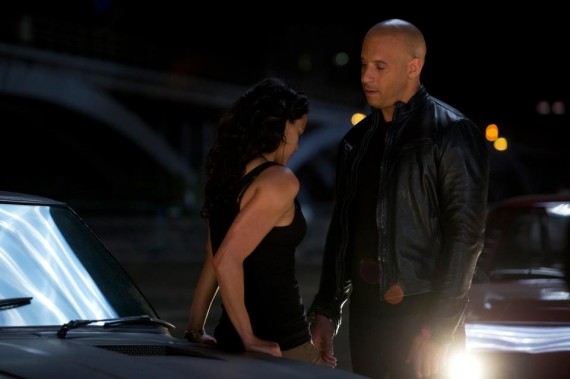 You can check out the Super Bowl trailer spot here.