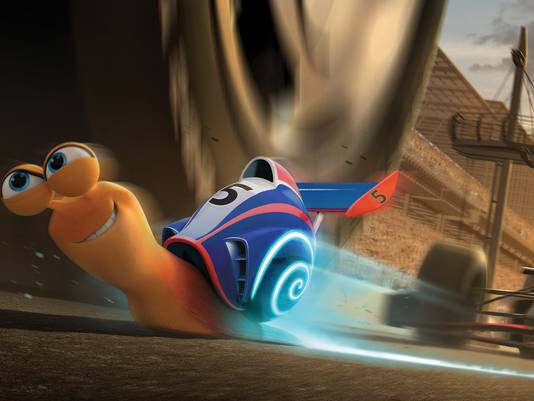 The DreamWorks Animation film ‘Turbo’ doesn’t come out until July of this year, but that hasn’t stopped DWA from working with Netflix to create a new animated series exclusively for Netflix members.

Netflix is expanding its original programming strategy with the help of DreamWorks Animation.

The streaming service is teaming with the studio to create an original series for children based on the upcoming film Turbo. Due this summer, that film stars a speedy snail. The TV series ‘Turbo F.A.S.T.,’ which picks up were the film leaves off, is scheduled to debut on Netflix in December.

“Families love Netflix, so creating an original series for kids was a natural for us,” said Netflix chief content officer Ted Sarandos in a statement announcing the deal. “DreamWorks Animation has a long track record of creating incredibly successful characters and stories that delight people of all ages.”

It seems that I might have to renew my Netflix membership now with this latest deal, but either way, it seems like smart move considering how Netflix works.

“Netflix boasts one of the largest and fastest-growing audiences in kids’ television. They pioneered a new model for TV dramas with House of Cards, and now together, we’re doing the same thing with kids’ programming,” said DreamWorks Animation CEO Jeffrey Katzenberg in the announcement. “DreamWorks is thrilled to be part of the television revolution.”

Under a new deal signed in 2011, Turbo and other new DreamWorks Animation films will become available on the service, too.