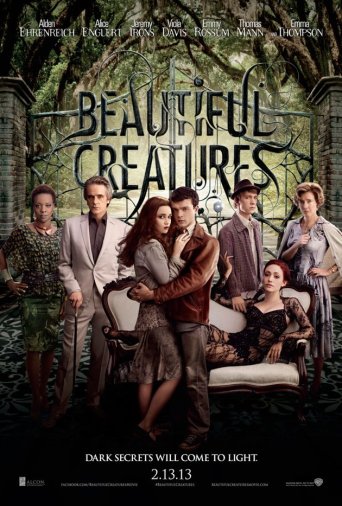 Sometimes movies that don’t do so well in the States actually do better internationally, and vice versa.

Here’s a great example of that:  Beautiful Creatures debuts at #1 in Australia!

Beautiful Creatures was lauded as a possible successor to the Twilight popularity before its release, and many have been left puzzling over the movie’s disappointing box office performance.Some have theorized that the film made too many changes from the book, alienating its core fan base — despite those changes getting the seal of approval from the authors themselves and the movie earning largely positive critical praise.

Despite an iffy box office performance, the movie has certainly given a boost to the book series on which it is based. Beautiful Creatures has been number one on the NYT series bestseller list for two weeks in a row, and the books nabbed four of the top ten spots on the USA Today bestseller list.

I suppose it also doesn’t hurt that the female lead was raised in Australia, but still!  It’s good to see that it is doing well over in the land down under, and hopefully it will continue to do well in other countries.