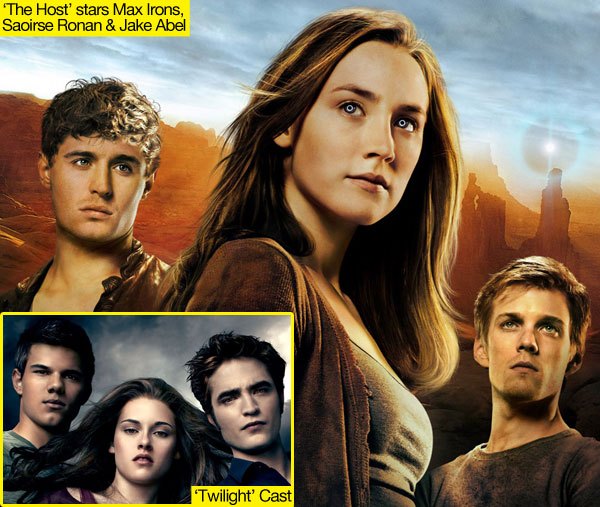 The two romantic leads of ‘The Host,’ Jake Abel and Max Irons, put in their two cents worth on what they think about people comparing their movie to Stephenie Meyer‘s previous series-turned-movies, The Twilight Saga.  Here’s what they had to say about it:

“It is a very lazy comparison, because Twilight was a phenomenon unto itself,” Max says in the new issue of VMAN. ”[Robert] Pattinson was chased down the streets of Paris before the films even came out. And he is doing well for himself. He has about five films with acclaimed directors lined up.”

But while Max, 27, and Jake, 25, prefer not to be compared to the men of Twilight, it’s clear they also don’t want to be pitted against them either.

“A lot of people expect us to knock the Twilight cast,” Jake admits. “But Taylor Lautner is a really nice kid. Robert Pattinson, I couldn’t imagine the tremendous amount of pressure he was under — and he earned my respect when I saw him fight for certain projects. Water For Elephants is a great novel, the movie is what it was. That’s not his fault. That’s the risk; we’re the face of projects.”

Haha, yeah, that’s one way of looking at it, Jake.