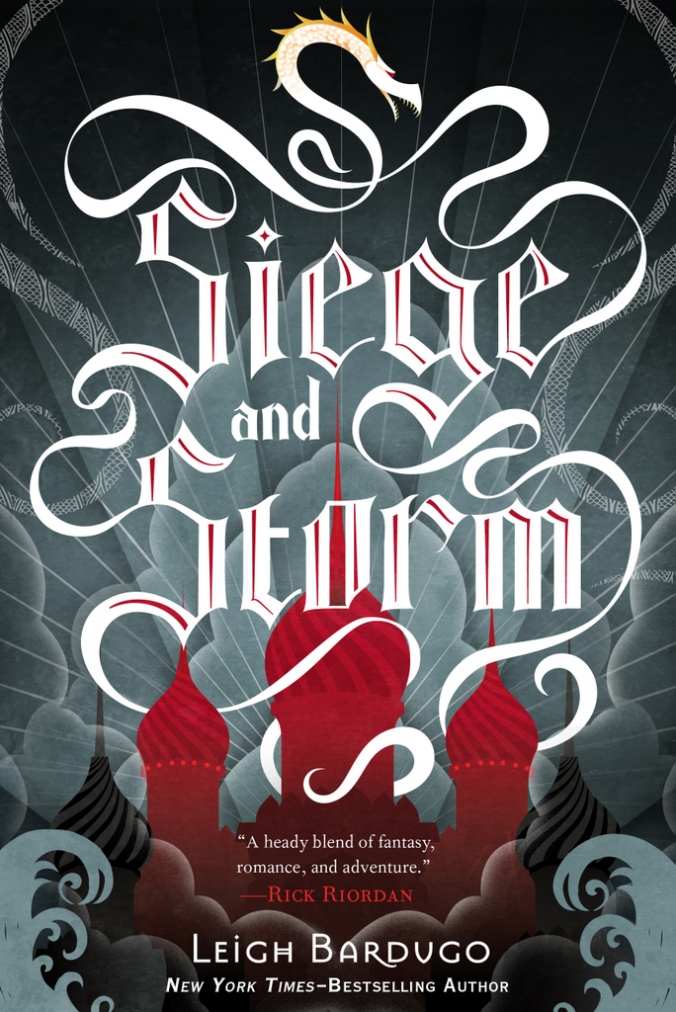 Well, I liked the cover of the first book, and it’s no surprise that they would keep that similar style and art for the sequel, ‘Siege and Storm,’ because frankly, there was no reason to change it.

Here we have the official blurb, as i09 calls it:

Hunted across the True Sea, haunted by the lives she took on the Fold, Alina must try to make a life with Mal in an unfamiliar land, all while keeping her identity as the Sun Summoner a secret. But she can’t outrun her past or her destiny for long.

It’s interesting what authors get asked during Q&A sessions, and I found Leigh’s response to one quite enjoyable, and pretty much the reason why she can write a successful YA story:

At every con I’ve attended, there’s been at least one panel with the title “What’s Hot in YA?” People want to know what publishers are hungry for, what trends they can expect, what comes next. But one of the lovely things about culture is that it isn’t predictable. No one saw Harry Potter coming, or 50 Shades or Bronies. Anyway, if I knew the future of YA, I sure as hell wouldn’t share it. I’d write my epic werefish series set in a dystopian future ruled by ghostsharks and spend my days lounging in a bathtub full of gold doubloons. (Uncomfortable, but the statement is worth it.)

Whatever the future holds for YA, I hope that people will stop wigging out about it. The anxiety over what YA means to the culture overall is understandable, but it also skews to panic and pearl-clutching way too fast. All heroines do not have to be exemplars. All love interests do not have to be gentle and true. Young readers are capable of making their own judgments about a character’s actions, and despite our best efforts, YA authors have not yet managed to set the youth of America on the devil road. Also, the (increasingly numerous) adult readers of YA? We’re doing okay. We aren’t languishing in a prolonged adolescence or in need of having our reading choices curated lest we become the victims of sparkly stalkers. So, in the glorious future, whether we’re calling a book young adult or new adult or just science fiction or fantasy, I hope we’ll see less panic, less bashing of readerships, and more open engagement with the work. Also, unitards.