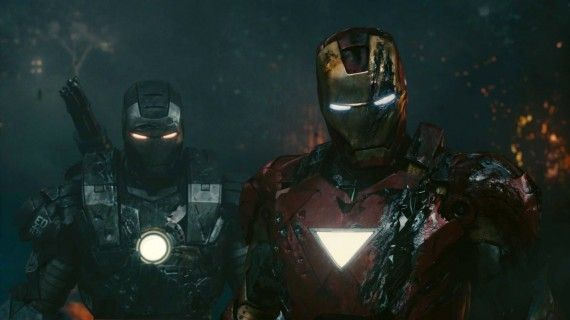 In two weeks fans may have a chance to see the Iron Legion (army?) in action when the second official Iron Man 3 trailer hits theaters, attached to Disney’s Oz the Great and Powerful on March 8th. The new trailer was officially classified PG last week with a run-length of 2:25. According to sources of Bleeding Cool who’ve seen the new trailer, it features the following (summarized in bullet form): 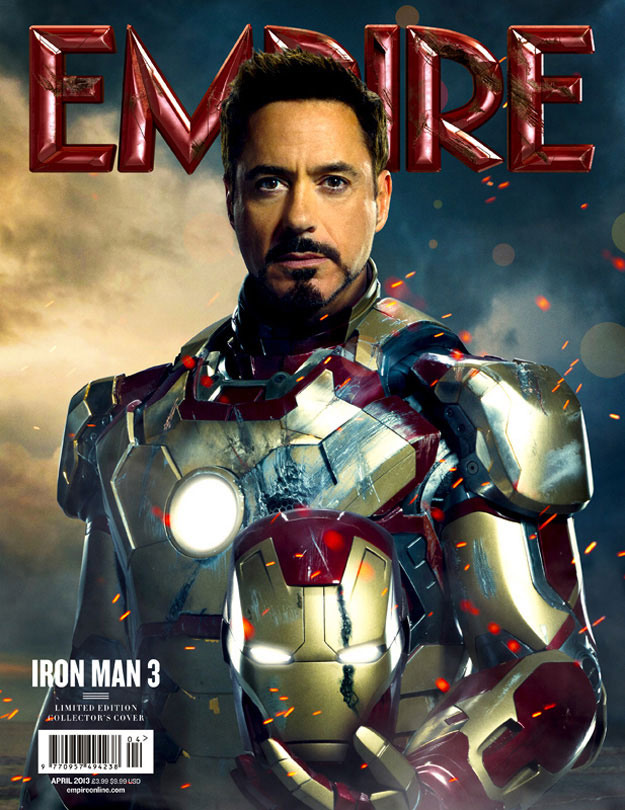 One of the scenes incuded Tony Stark crash landing and getting help from a ten year old boy. It’s also confirmed that Aldrich Killian (Guy Pearce) works for The Mandarin, and also uses the ‘Extremis’ technology to gain superhuman powers. Iron Man won’t be fighting a giant Robot in this movie, he’ll be fighting people with superhuman powers due to the nano technology! This seriously sounds really cool! Here are the details…

The scene ends with Stark, bloodied and dazed, flying away not entirely in control of his malfunctioning prototype. He lands hundreds of miles away in a snowy field, where, out of power, he can’t get in touch with Pepper. Or Rhodey. Or The Avengers, neatly sidestepping that question.

Breaking into a deserted-looking garage, the tone then zigzags again as Tony is startled by a ten year-old kid, Harley (Ty Simpkins) sparking what [Drew] Pearce calls the film’s “sci-fi Capra” phase. “We loved the idea of doing something classically Spielbergian – a kid finds a superhero in a shed. Their relationship is not something you would traditionally see in Spielberg, though; it’s bawdier, more fractious.”

Extremis is a scientific program invented by Hansen and abused by the Mandarin and his right-hand man, Guy Pearce’s slimy Aldrich Killian. It rewrites the operating system of the body, upgrading strength, speed and durability to the very zenith of human possibility.

“Tony Stark is [now] relying on these suits to feel like he’s in any way capable. He surrounds himself with these things almost like a blanket. In The Avengers, he fought aliens, but he was the one character I would not have picked to fight aliens. Now we’ve taken advantage of the fact that he’s fought aliens and he talks about it.”

“[She still] adores Tony, but she absolutely gets fed up with him. He gets caught in a feedback look.”

Ben Kingsley says this about the power-hungry Mandarin:

“[The Mandarin is] a pastiche of American iconography. It’s there to confuse – you don’t know what’s coming next. Shane allowed me to push the boundaries of the role so that I’m allow to go a bit bonkers.”

Don Cheadle says this about being the Iron Patriot:

“The name [Iron Patriot] makes as much sense as Iron Man. [laughs] It’s a new and interesting look. I don’t know how, personally, I’d feel about being draped in the flag, but Rhodey doesn’t care what the paint job is like. He just wants it to do what it does.”

Black concludes with Tony Stark’s emergence to battle The Mandarin:

“Robert’s portrayal of Tony is ultimately the American cowboy who defies authority, thinks for himself and is fiercely individualistic. That’s an America we like to believe in, which is why The Mandarin, who hates America, is a good match for Tony in this movie.”

Robert Downey Jr.‘s contract with Marvel is up after Iron Man 3, so even though he loves playing Tony Stark and would like to continue for The Avengers 2, nothing’s guaranteed.  So, it’s possible, if things aren’t right for RDJ, they’ll have to recast.  Here’s what Robert says about the whole thing:

“Let’s just say that the only thing I ever let go of had claw marks in it.”

“There’s a little bit of soul reclamation going on. I feel that the first time I played Tony, I did it best,” he said. “Sorry! The affinity with Tony now is: how do you sustain something? I’m not stupid, I like to play ball, I love the company, I love the character, and the business side of things, I’m not to picky about that either.”

(About recasting) “It would probably be the best thing in the world for me. You know, ego…but sometimes ego just has to be smashed. Let’s see what happens. I take the audience very seriously – I feel bad when I see folks doing movies and the audience is like, ‘Don’t do that anymore.’ I don’t have to overstay my welcome.”

Tony’s going to be there, but they have yet to confirm whether it’s Robert.

But then again, Shane Black had this to say in an interview with Premiere:

“There has been a lot of discussion about it: ‘Is this the last Iron Man for Robert?’ Something tells me that it will not be the case, and will be seen in a fourth, or fifth … But I can be a little excited…” 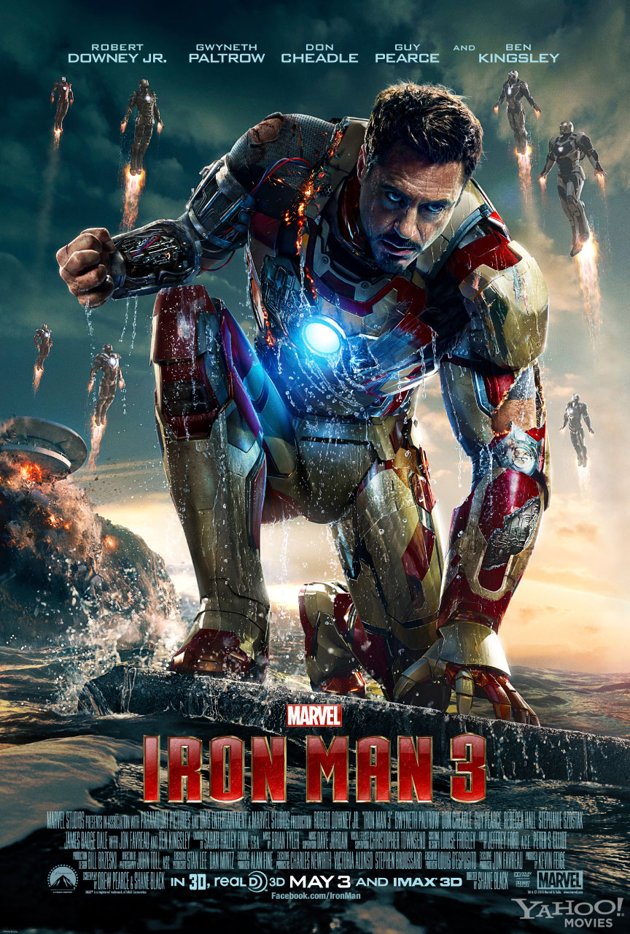 For larger images, go to Collider. 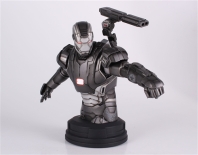 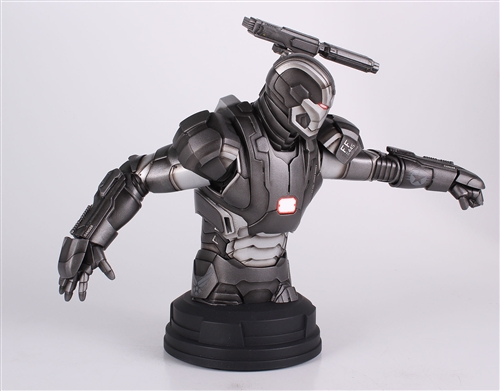