Omar Sy was cast, as tweeted by Bryan below, but no word yet as to who he’ll be playing.

Thrilled to welcome the brilliant #OmarSy from the amazing film #TheIntouchables to the cast of #Xmen #DaysofFuturePast!

I guess Storm will be making some waves… or something. 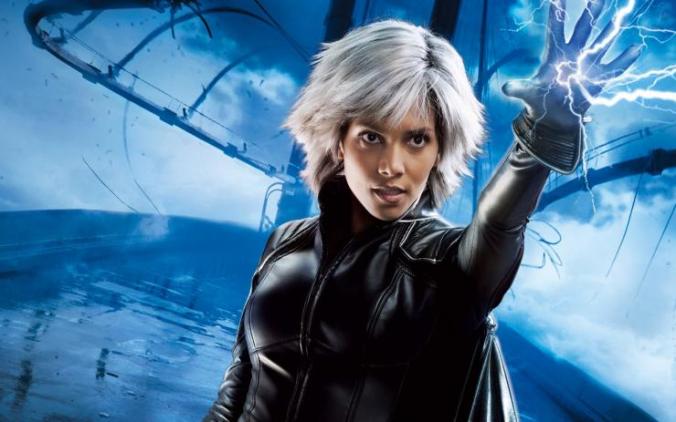 Couldn’t be more excited that #HalleBerry has joined the cast of #XMen #DaysofFuturePast. Hopefully she can improve the weather in Montreal.

Our remote mini mo-cap room for pre-vis. Courtesy of @thethirdfloortwitter.com/BryanSinger/st…

SENTINELS LEFT ON DRAWING ROOM BOARD

Brett Ratner’s The Last Stand almost had Sentinels in them.  Almost.  But they never quite made it past the storyboards, it seems.  Here’s what is called the Danger Room scene in which Iceman and Kitty Pryde could’ve been annihilated. 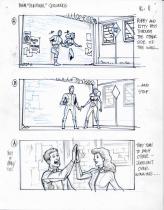 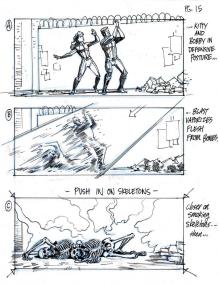 Chris Claremont, the writer for the comic book of the same name, had this to say about Bryan Singer taking on Days of Future Past.

The challenge, I would think, for Bryan is that the heart of the original story is not the fight with the Brotherhood back in the present day. The challenge, the story, is actually what happens in the future. Getting them to the point where you can send Kitty back, and seeing the consequences of what will happen if they fail, and not knowing at the end how it’s going to turn out. You think it’s going to be a happy ending, but you’re not sure, because pretty much everybody dies — in the comic, anyway. You can’t not be invested. That’s pretty much most of my working life, dancing around or through the X-Men as a concept.

You could look at it as time travel, or you could look at it as pan-dimension. It’s all a matter of how you want to define it, and I’m sure they’ve got some brainiacs out on the left coast earning a small research stipend figuring out a plausible way of making it fly. That’s the fun and games of Hollywood. How the hell they’re going to fit it into 120 minutes, I have no sodding idea. I’d be looking on this as your basic 1974 film with an intermission.

In movies it’s a one-shot item too often. If we’re doing Days of Future Past, we need Ororo, we need Logan. OK, we’ve got Hugh Jackman, but that means we’ve got to get Halle Berry. I’m sure some accountant at Fox is going, ‘Huh? ‘We’re talking how much?’ On the other hand, you never know when a major talent is willing to do a Scarlett Johansson, and come in perhaps at scale, just for the fun of it.

…hasn’t read the script yet. 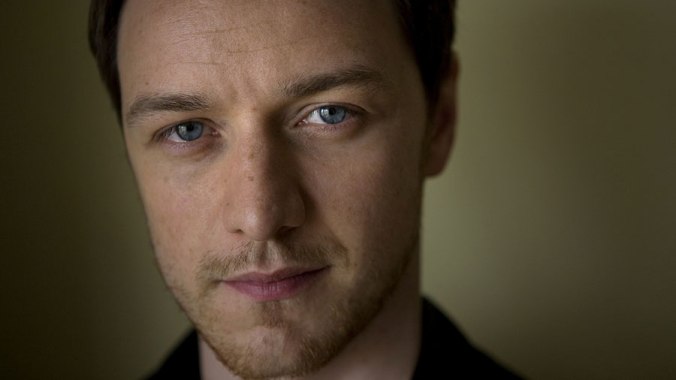