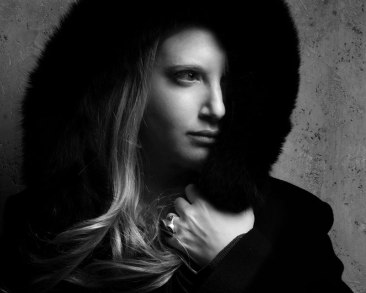 This past weekend, I got a chance to spend some time with the brilliant and wonderfully personable Leigh Bardugo.  Her debut book, Shadow and Bone, has already made an impressive mark on readers and sellers alike, and the movie rights were bought by DreamWorks in September of 2012, with David Heyman, the person responsible for securing the rights to the Harry Potter films as well as producing them, in the producer’s seat for the film as well.  Not a bad start at all for her first book.

Leigh started at Yale University with the objective of being a writer, but she changed her mind as well as her major more than a handful of times.  After her education, she found longtime work as a makeup artist as well as a singer in a band, but it seemed that the call of writing came back to her, and therein began her real career officially as a writer with Shadow and Bone, the first book in the Grisha trilogy.

So, during ConDor Con in San Diego (a science fiction and fantasy convention), where Leigh took part in several panels, she allowed me some time in between to pick her brain on the details of Shadow and Bone, what we could expect from the sequel, Siege and Storm, what her involvement is with the Shadow and Bone movie, and what’s to come in the future for her.  With so many questions, I fear I may have exceeded the time an actual interview should last, but hopefully she wasn’t too deterred by my efforts to find out as much as I could for all you fans (as well as myself).

TFGeekGirl:  How much detail did you put into your creating Ravka?

Leigh Bardugo:  I drew a map that was really just to keep track of where my characters were, because I reached a point where I needed to see what distances were like and if it would take them a week to get someplace or two days.  I wanted there to be a realistic sense of that.  In books 2 and 3, there’s actually going to be an expanded map where we’ll get to see a little bit more of the world. I know there are authors who map out their world first, but that was really the second phase for me.  The first draft was the way the power worked, the way status worked, the plot, the beginnings of the characters. The second draft was where I’d taken a few months to research and where the sense of place came to life. That research had quite a bit of an impact on the way the story went as well.

TFGG: Was your story inspired by Russian folklore?

Leigh:  One of the retellings of the firebird myth served as inspiration for Shadow and Bone. But the rest of the plot and the characters grew out of the idea of the Shadow Fold— what kind of creatures would live in it, what kind of power it would take to create it, what kind of person would create it, what it would take to destroy it. But the feel of the place and a lot of the internal conflict within the country was inspired by Tsarist Russia—the army of serfs that is ill-equipped and badly armed and essentially just cannon fodder, the corrupt monarchy, the failure to industrialize.

TFGG:  How much research did you do?

Leigh:  I took about two months to research, and I only gave myself two months because I didn’t want to stay too long away from the draft.  This was my first book and my fear was that I would just go down the “rabbit hole” of research and I would emerge six months later and then not have written a word.  I was afraid it would become an excuse to not write.

TFGG:  Did your experience as a makeup artist help in describing the Grisha as well as the story in general?

TFGG:  Reading your book, I could really visualize it and I just thought your world was so beautiful.

Leigh:  Thank you! That’s part of why I wanted to write fantasy.  I know there are a lot of really wonderful, but very bleak books out there. I think there’s an element of fantasy that can be about wish fulfillment. I wanted to indulge that.

TFGG: How has the response been with the readers?

Leigh:  It’s been really wonderful.  Much better than I ever could’ve hoped for it to be.

TFGG:  What was the hardest challenge in writing Siege and Storm? 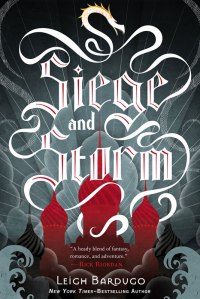 Leigh:  I think for me it was a pretty steep learning curve. I had never written a second book.  I had never written a book on deadline before.  And I had a much tighter timeframe to finish in. I think it was also that the world becomes much more complex in Siege and Storm.  There are more characters who enter the plot, and the political and religious elements come into play in a bigger way, so it’s a more complicated story than Shadow and Bone.

TFGG: Will we get to see more of Shu Han or Fjerda?

Leigh:  You’ll get to see Novyi Zem in Siege and Storm, but I can’t say much more than that without getting into spoiler territory. The new map will have a few hints.

TFGG:  Any new elements or powers?

Leigh:  Let’s just say that a lot of things have changed.  I guess I can tell you, since it’s in the summary, that the Darkling has emerged from the Fold with a new and terrible power.  So the Darkling has new tricks up his sleeve. I guess the best thing I can say is that no one and nothing in Ravka are ever quite what they seem.

TFGG:  So, we are going to get to see David and Genya again, right?

TFGG:  The Apparat wanted to tell Alina something but he never got a chance to.  Will that come into play?

Leigh:  The Apparat will come into play more in the second book.  You will see him again.

TFGG:  I loved Morozova’s Stag and was really saddened about what happened to it, but are we going to see anymore magnificent creatures like that in the second book?

Leigh:  You may.  I can’t say much about that, but the idea of sacrifice plays a big role.

Obviously, I hit some things that she couldn’t really get into without spoiling it for us, as she answered some of my questions regarding Siege and Storm with a hint of coyness and a glint in her eye.  But it’s only 3 months away before the release of Siege and Storm, so you won’t have to wait too, too long to find out what’s coming.  Just know that it’s definitely going to thrill us to bits when it arrives.

Come back tomorrow for Part 2, the conclusion of my interview!

2 thoughts on “An Exclusive Interview with Leigh Bardugo, Author of SHADOW AND BONE, Part 1”