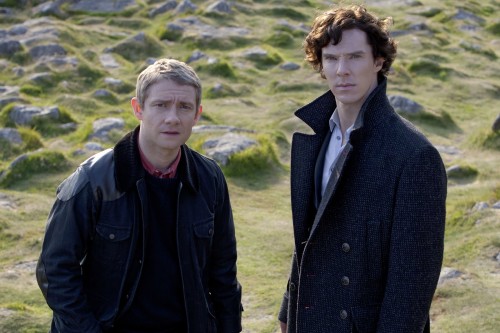 I posted yesterday that Benedict Cumberbatch and Martin Freeman are scheduled to return to the set of Sherlock for filming starting this Monday.  So, what’s changed?

The actors have been hard to wrangle yes, but even the directors are far-flung.  Sadly, Paul McGuigan, who directed four of the first six episodes, won’t be on board for the third season because he’s filming the newest Frankenstein film.  Jeremy Lovering (who recently has directed episodes of Doctor Who and Ripper Street) will take his place for the first two episodes, which are scheduled to film before summer, and a final one will shoot afterwards.  The series is slated to return in the winter.

It will still be a while before we can actually see how this new director takes to the series, but it can’t be too bad since he’s directed Moffat’s other show as well, right?