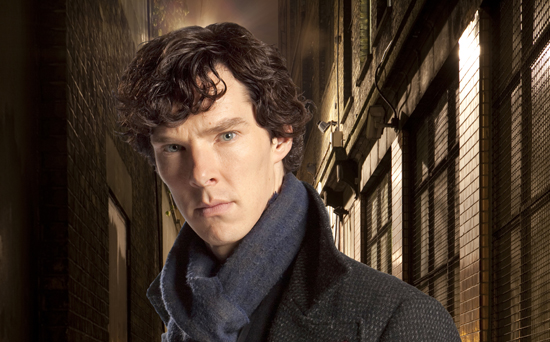 I’m not sure if Benedict Cumberbatch is in trouble for stating so, but I’m sure they’ll forgive him.  He is, after all, Sherlock and it would probably be a waste to worry about him saying something that actually gets the fans excited and doesn’t spoil anything for them, at least plotwise.  I think Moffat and company are just happy to still have both Benedict and Martin Freeman.

Anyway, just to say this – that Benedict Cumberbatch confirmed they’ll be filming a 4th season of Sherlock as well, after the 3rd season of filming is complete.

We’ve agreed to two more series but I could get into trouble for saying that. All I know at the moment is I’m doing these three [episodes of the upcoming series] and another three.

Joyous news indeed.  Let’s hope we don’t have to wait as long for it as we do for this 3rd season.

2 thoughts on “SHERLOCK Set for a Fourth Season”