Here’s an excerpt of an interview with director Bryan Singer:

So, just mentioning Apocalypse might be a good idea…

On hearing the name Apocalypse, Singer’s face changed immediately but there was no point being timid. Might as well plough ahead with the question. Would he even consider using Apocalypse in the movies? How about in Days of Future Past?

That was most interesting. So I leapt forward and asked if realising the character of Apocalypse would require performance capture.

“This is how it gets started, when somebody starts piecing the little bits together…”

The non-verbal communication was even more compelling than what Singer was saying. If I had to bet on it, I would – we’ll be seeing Apocalypse in Days of Future Past, and he’s probably going to be a performance capture character.

Marvel Creative Consultant Mark Millar hasn’t had a hand in Days of Future Past:

“I’ve not spoken to Mark Millar at all. He’s not involved. I don’t know what his role is about. All I know is that I have my own specific beliefs about how to take this universe forward. I started with the first X-Men, then First Class and now I am combining them and I think it could go further than that and I have some ideas about that, so perhaps he should chat to me at some point.”

“Because I have both Ian McKellen and Michael Fassbender in the picture, you’ll deal with both sides of that point of view and it really explores the relationship between Xavier and Magneto and the evolution of that relationship, where it came from and where it’s going.”

@bryansinger That’s a lot if talent! And one great mustache.. Can’t wait to start work! Now it’s off to the gym. See ya soon @bryansinger

Along with recently cast Omar Sy and Peter Dinklage, no word yet on who Booboo is set to play. Exciting!
via /Film. 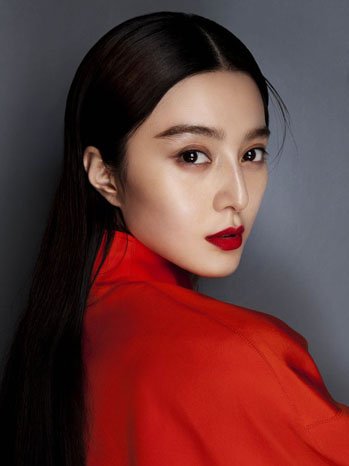 Chinese actress Fan Bingbing is set to join Bryan Singer’s X-Men: Days of Future Past.
Bingbing will play Blink, who has teleportation powers.