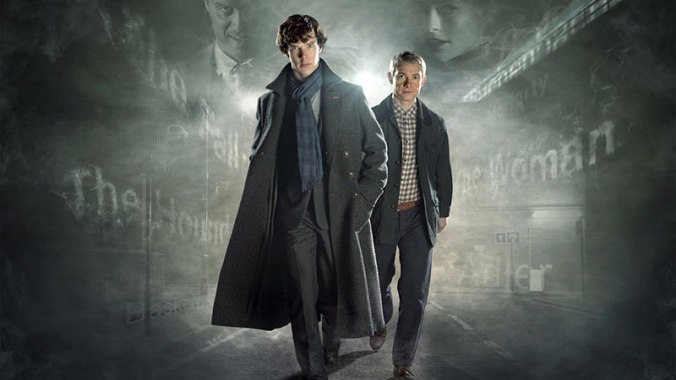 Exclusive! Ep 1 will be called ‘The Empty Hearse’. The game is on! #Sherlock twitpic.com/ccbzh8

As stated in an earlier post, Jeremy Lovering will be directing this episode, replacing Paul McGuigan, since Paul is working on a feature film for Fox.  Something called Frankenstein.

In regards to the first installment, the episode will be based on the Sir Author Conan Doyle story titled The Adventure of the Empty House, which will answer the obvious question every fan has been wondering about since the end of Season 2 – the return of Sherlock after a supposedly tragic ending.

“There’s certain things about The Adventure of the Empty House which feel set in stone because that’s how Sherlock comes back, but at the same time we feel free to invent and to introduce new stuff to it.”