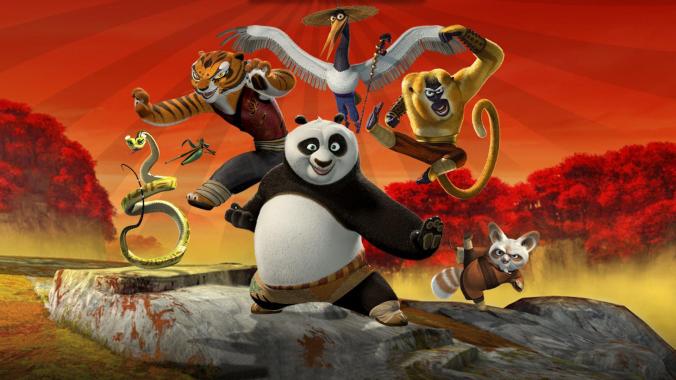 This was just announced today that they’ve added some notable names to the already popular cast of the Kung Fu Panda 3.

“Pandamonium” is back for a triple kick with a trio of new cast members in DreamWorks Animation SKG, Inc.’s (Nasdaq: DWA) Kung Fu Panda 3 which will be distributed by 20th Century Fox.  Bryan Cranston (Breaking Bad, Madagascar 3: Europe’s Most Wanted), Mads Mikkelsen (Hannibal, Casino Royale) and Rebel Wilson (Pitch Perfect, Bridesmaids) join Jack Black, Angelina Jolie and other original cast members in the third installment of the beloved action-packed franchise.  The film, slated for December 23, 2015, marks the first planned co-production with China based Oriental DreamWorks and follows Po, the chosen one, as he continues on his journey mastering the art of Kung Fu… and noodle slurping.

Continuing on his now legendary adventures of awesomeness, Po must face two hugely epic, but very different threats:  one supernatural and the other a little closer to home.  This chapter in the continuing adventures of Kung Fu Panda is directed by Jennifer Yuh Nelson, who also helmed the worldwide hit Kung Fu Panda 2 and remains the highest grossing female director for a film at the worldwide box office. The film is produced by Melissa Cobb, executive produced by Guillermo del Toro and co-produced by Jeffrey Hermann along with Jonathan Aibel and Glenn Berger, who wrote and co-produced the original films and continue in these roles.

It’s exciting news, but definitely not anything to get too excited about at the moment as the movie isn’t scheduled to be released until the end of 2015.  We’ll be going through a few more other DWA films before we can see the panda back in action, including racing with a snail and revisiting Berk and their pet dragons.  But still, I like the talent they have lined up!