Leigh Bardugo, author of Shadow and Bone and the upcoming sequel, Siege and Storm, just posted the cover art of her upcoming short story for The Too-Clever Fox, a Ravkan Folk Tale, which will be available sometime in May to read for free on Tor.com.

The art is by Anna and Elena Balbusso, who also did the cover art for Leigh’s first Ravkan folk tale, The Witch of Duva, which is also available to read for free on Tor. 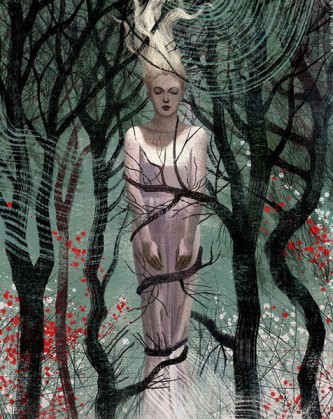 The Witch of Duva cover art

The Ravkan folk tales are separate from the Grisha novels in that they don’t have anything to do with the characters or plot of the Shadow and Bone story, but they are set in the world that Mal and Alina live in.  So, don’t expect things to be straightforward, but expect that little bit of a twist or two that just gives the readers a bit of a chill, but in a good way.