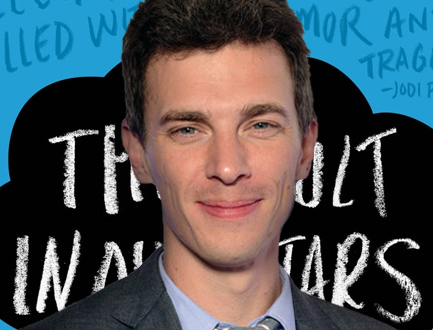 Entertainment Weekly shed some light on the upcoming The Fault in Our Stars movie, which is still in the process of filling in the cast, including the role of one major character.

Here’s what director Josh Boone had to say about why he chose Shailene Woodley for the role of Hazel Grace Lancaster:

“I honestly didn’t think she was the girl until I met her.  Then she read and she just killed it.  She did this phenomenal job.  We were all crying.”

As of the article, they are still looking to find the right actor to play the role of Hazel’s love interest, Augustus Waters.  This role is probably about as important as any male interest in a YA book-to-movie adaptation, which means that it has to be perfect.  All too often and recently, however, this will probably be met with some fans’ disapproval, no matter who it is.  It could be an unknown or a well-known actor, but not everyone sees the same thing, so whoever, they pick, he just has to have the ability to convince the readers just as much as Shailene does.

Regarding directing the movie, Josh says this:

“I had a close friend who died of stage IV lung cancer right before I made my first movie.  [The book] helped me through a rough patch.  It does it with a smile and a witty cynicism.”

Boone also confirmed that filming will take place in August, which is very soon after Shailene should be done with filming Divergent, another movie based on a YA novel.  By then, she’ll probably be able to have her hair cut short and darkened for her role as Hazel, if they’re to keep the same appearance of her as in the novel.