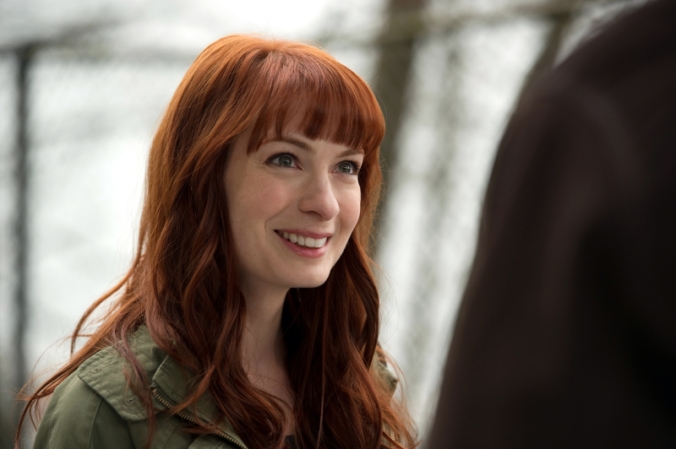 Felicia Day has returned yet again for her third appearance this season as Charlie, the hacker/larper who actually goes to the Winchester boys for help this time in the episode Pac-Man Fever.  Okay, maybe this could be the calm before all hell tries to break loose, again.  Check out the pictures after the jump:

DEAN INTRODUCES CHARLIE TO CHEAP PANTSUITS — Concerned about the physical toll the second trial took on Sam (Jared Padalecki), Dean (Jensen Ackles) benches his brother from hunting until he heals up. So, when geektastic hacker Charlie (guest star Felicia Day) stumbles upon a case and finds the boys, Dean decides it’s time to teach Charlie how to be a hunter-in-training. While happy to see “her highness,” the boys suspect Charlie is hiding something; a secret that could get her killed. Robert Singer directed the episode written by Robbie Thompson (#820).