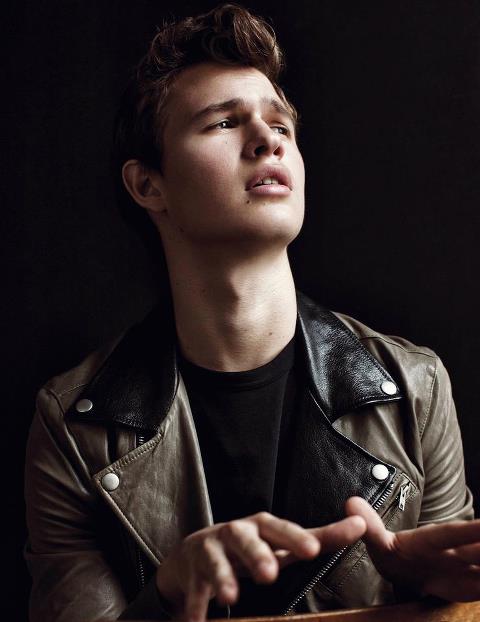 It’s official.  Ansel Elgort, who was one of five actors listed for this role, has been cast to play Augustus Waters in the movie adaptation of the beautiful novel The Fault in Our Stars.

I have to admit, I think this is the first time I’ve been really skeptical about a casting decision.  Usually, I can let go of what my imagination conjures up for a character when I find out who’s been cast for that particular character.  This, however, is something I didn’t think would be an issue, because frankly, I didn’t think they would cast this particular actor for the love interest of another actor’s character in one movie, when he’s directly related to the other actor’s character in another movie they both are in.  Am I making sense?

Okay, I’ll explain it to you quickly, if you don’t already know.  There’s another highly successful YA novel titled Divergent that just recently started production.  In that movie, Shailene Woodley plays the female lead character named Tris Prior.  Ansel Elgort is also in that movie and plays Caleb Prior, who is Tris’ brother.  Shailene Woodley will also be the female lead character in The Fault in Our Stars.  So, you see, in one movie, these two actors will play brother and sister.  In another movie, which could even possibly be released in the same year as the previous one, they will play love interests.

Now do you see why I’m skeptical?

“We were all swept away by the humor, charm, and aching vulnerability Ansel brought to his portrayal of Gus,” producer Wyck Godfrey told EW. “His performance completely annihilated our concerns about his playing Caleb in ‘Divergent’ with Shailene, and we are confident that the fans of ‘Fault’ will fall in love with him the same way that Hazel does–slowly, and then all at once.”

Okay, yes, that’s all well and good.  It’s not that I don’t understand where they’re coming from.  I can hear several reasons why this is okay.  They’re not really related.  They’re actors, they just play the roles.  They’re probably the best actors for the parts.

But I can’t help it.  Ever since I heard the news, my stomach gets queasy just thinking about it.  I mean, I know that they’re just actors and they’re not really related, but in this day and age, where fans are readily armed with Tumblr and Twitter to create gifs, memes, and fanart, it can really make things just very… confusing, to say the least.  For me, I would consider it quite awkward and just plain weird.

Now, I have been hoping that they would find the perfect person to play Gus, because Gus is such an amazing-beyond-simple-descriptive-words character.  With that in mind, I want to believe that Ansel is not only good enough to play such a character, but now I need to believe that he’s good enough to let the audience, many of whom will be fans of both TFiOS and Divergent, forego the fact that they might’ve last seen these two play siblings.  Both Shailene and Ansel need to make me forget, at least for the 2 hours of me watching TFiOS, that they are not Tris and Caleb Prior from Divergent, but are 100% Hazel and Gus.  Can they really do that?  Because right now, I’m having a hard time believing it myself.

I mean, even with John Green’s vote of confidence, as he stated that “Ansel is whip-smart and uber-charismatic and everything I dreamed for Augustus Waters,” I just don’t know.  I don’t doubt their ability to play either of their prospective roles, but being that the movies target the same audience and that they would be released fairly close together, in Hollywood movie standards, I question this decision partly for that reason. 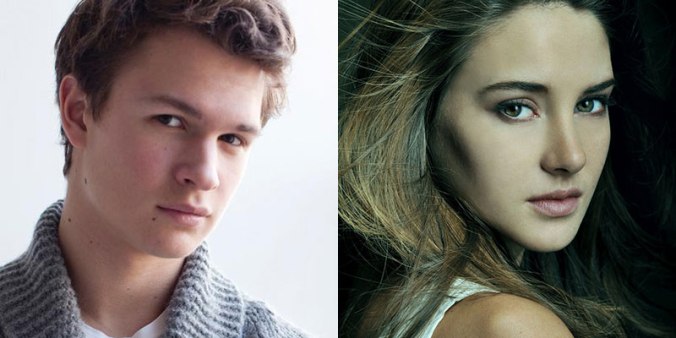 Caleb Prior and Tris Prior, brother and sister

Can you separate the actors from their roles as easily from brother and sister to boyfriend and girlfriend?

What do you guys think? Are you as weirded out about the whole thing as I am, or am I completely overreacting?  Granted, even the pictures above can show slight differences that can be made in physical appearance that would help separate the actors from their roles, but to be honest, if Shailene and Ansel aren’t completely amazing in their roles, it could very well be not okay.  I would love for them to erase all my doubts.  I really hope they do.

4 thoughts on “Official Casting: Ansel Elgort is Augustus Waters for THE FAULT IN OUR STARS”