Tahereh Mafi announced that we would finally get the cover this week, and she was true to her word as Hollywood Crush revealed the cover and title for the final book of the Shatter Me trilogy.

I’m so so thrilled to be able to share this final cover with you all. The “Shatter Me” series is swiftly coming to a close, and though it’s a bittersweet feeling, I’m anxious for everyone to know how the story will end. Also I’m hoping we can still be friends after you finish reading.Ahem.

If you follow me around the internet, you know I’ve teased you a lot about what may or may not happen in book 3, but the truth is, most of the time I was just messing with you. What actually happens in the third book is probably almost definitely not what you think is going to happen. (Don’t let the title fool you! “Ignite” is so much more than it seems.)

Of this final book I can promise you this much, though: Juliette is back. She’s pissed. And she’s ready to kick some ass. No regrets.

And mom, if you’re reading this, I’m sorry I just said ass on the Internet. Twice. 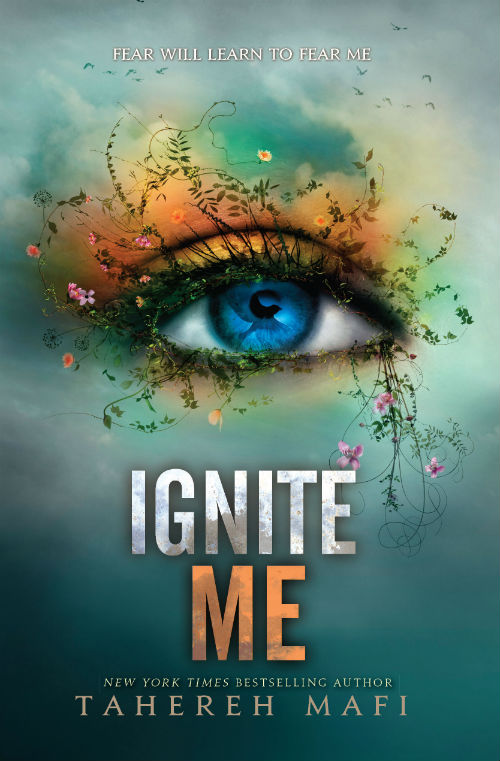 Well, I for one hope Juliette is pissed.  If you recall, last time we saw her, she didn’t seem too pissed to me.

The book is scheduled for release on February 4, 2014.