Here are some quotes that make for a bit of insight about what you can expect to see from the show.  Plus, you can check out the newest Agents of S.H.I.E.L.D. poster after the jump!

“Every week it won’t be [the team meeting] some new hero.  There can be a device, there can be a mystery… So much has happened since people found out there’s a superhero team and aliens invaded New York. Spy stuff, superhero stuff… Every week you get something that feels a little bit different.”

“As much as we can allow. We’re still working that out. It’s s a fluid process. The important thing is it’s a fun option, but it’s not the reason for the show. We don’t want to just be an Easter egg farm. We want them to come back for these people [the cast].”

“We will be dealing with the issue.  That will be part of the thread of the story.”

“It’s pretty cool that a guy who starts out in Iron Man as an annoying bureaucrat with a secret ends up with his own show.” 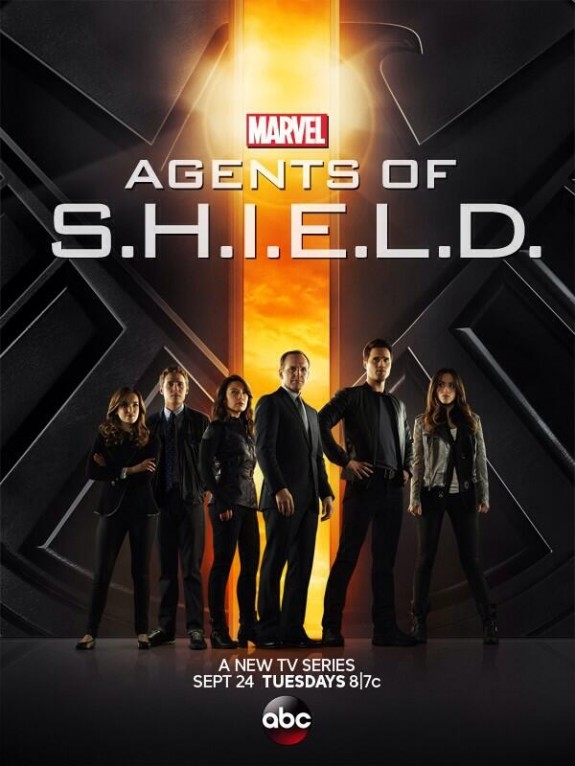