We finally have a set release date for The Fault In Our Stars movie, which was revealed by Box Office Mojo.

The highly anticipated adaptation of John Green’s beloved novel The Fault in Our Stars will be released in theaters on June 6, 2014.  The film stars Shailene Woodley, Ansel Elgort, Nat Wolff, and Willem Dafoe.

So, what does this mean?  For one, it will open 11 weeks (just under 3 months) after the release date for the other YA-based movie that stars Shailene Woodley, Divergent.

And second, it opens against Tom Cruise‘s sci-fi/action movie, Edge of Tomorrow.  Of course, this is about as different tone a movie can be as compared to TFiOS, however, much of the target audience is about the same.

Given that, the one thing that TFiOS must rely on is the portrayal of the characters from the book.  From what author John Green and director Josh Boone have touted, it’s very possible that is going to happen. 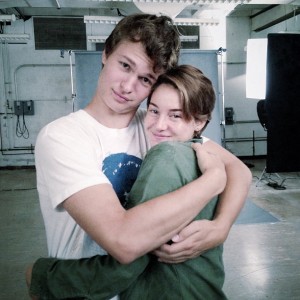 However, there’s also the factor of the outcome of the Divergent movie.  Again, these two movies have completely different storylines, but both Shailene and Ansel are in both movies, and how well they are able to portray Tris and Caleb in Divergent, as well as the overall outcome of the Divergent film itself, will undeniably affect how people will respond to them as Hazel and Gus in The Fault in Our Stars before they even see the movie.

So, what do you think of this release date?  Is it too soon after Divergent?  Is it too weak against Tom Cruise and his “soldiers vs. aliens” action flick?