I recently posted about Chloë Grace Moretz working on a deal to star as main protagonist Cassie Sullivan in the movie adaptation of Rick Yancey’s YA novel, The 5th Wave.  Well, now it’s official.  Here’s the announcement from Sony Pictures:

CULVER CITY, Calif., April 15, 2014 /PRNewswire/ — Sony Pictures Entertainment has closed a deal with Chloe Grace Moretz to star in the film adaptation of the bestselling novel The 5th Wave, it was announced today by Doug Belgrad, president of Columbia Pictures and Hannah Minghella, president of Production for the studio.  An original approach to an alien invasion movie, the film will be directed by J Blakeson, with a screenplay by Susannah Grant, based on the book by Rick Yancey.  Graham King will produce through GK Films along with Tobey Maguire and Matthew Plouffe through his Material Pictures.

In this tense thriller, four waves of increasingly deadly attacks have left most of Earth decimated.  Against a backdrop of fear and distrust,  16-year-old Cassie is on the run, desperately trying to save her younger brother.  As she prepares for the inevitable and lethal 5th wave, Cassie meets a young man who may become her final hope.

Commenting on the announcement, Minghella said, “Chloe is the perfect Cassie and we’re excited to be building this movie around her.  It’s been a great experience working with Chloe on several films, most recently The Equalizer. She’s a phenomenal actress and embodies the heart, strength and determination that make Cassie such a compelling character.  J Blakeson’s vision for the film is smart, edgy and faithful to the book, and will launch the franchise in a fresh and dynamic way.”

The 5th Wave is a phenomenon in young adult literature, with 20 weeks on The New York Times Best Sellers list, 240,000 hardcover units sold, and 55,000 e-books sold. The novel, which has also had tremendous crossover appeal with adults, was honored with the 2014 Red House Children’s Book Award in the UK.  The second book in Yancey’s planned trilogy, The Infinite Sea, will be published on September 16, 2014.  Andrea Giannetti brought the project to Sony Pictures and will oversee for the studio with Minghella.  Denis O’Sullivan will oversee for GK Films. 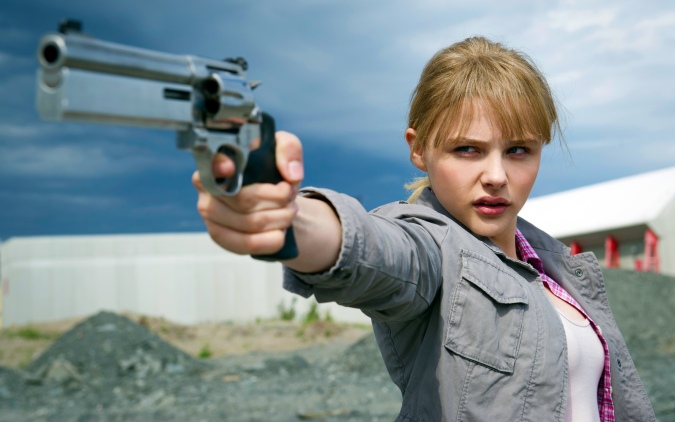 Chloe is already set to star in a handful of movies, including the film adaptation of Gayle Forman’s YA novel, If I Stay.  You can check out the trailer for that movie below: