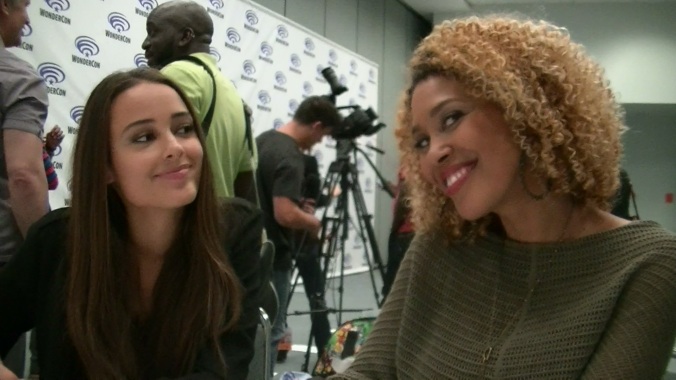 I was able to spend a few minutes with the cast of the CW’s series, Star-Crossed.  Along with Angie from Young Adult Hollywood, we spoke with Chelsea Gilligan (Teri) and Victoria Gabrielle Platt (Gloria) some questions regarding their characters and their involvement in series.

Star-Crossed airs Monday nights at 8pm on The CW.