I really enjoyed Upgrade, although I hadn’t even seen anything about it until the day I went to see the movie, but after reading the premise I had to watch it. I can say that I wasn’t disappointed. The movie takes place in the near future, where the technology is familiar but just more advanced. Self-driving cars, higher-tech drones, and chips that can do more than just heal a human.

But as you would expect, the technology can both be a blessing and a curse, and Logan Marshall-Green’s character, Grey, will see how much of a curse it can be. Logan does a good job of playing the anti-tech mechanic who witnesses his wife’s murder and become injured in the process. When he gets an “upgrade” by way of a surgical implant, he takes it upon himself to seek revenge on those that killed his wife, with some help from a surprising source. But as he gets deeper and deeper into his vengeance scheme, he might end up regretting the one thing he relies on.

It really was an entertaining film with a good amount of action and suspense, and rated R for a reason, so if you can handle all the violence, you just might have fun, too. What’s cool about it is that although it’s set in the future, the director has made it a good point to not overdo it with all the advanced tech a future world could have. The world still looks the same on the surface, with a few advancements, but not so much to where we can’t see those advancements coming from what we have today. Well, at least most of them. 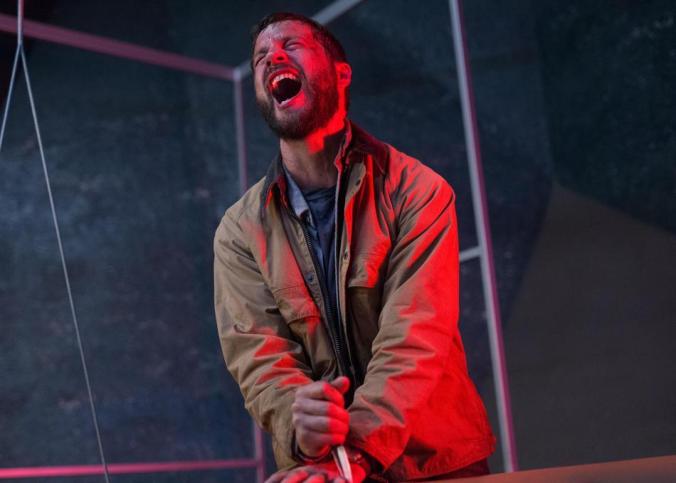 Aside from Marshall-Green , who’s somewhat familiar (you might remember him from Spider-Man: Homecoming or Prometheus), there are no big-named celebrity-type actors in this film, which lends itself to less “judgy” eyes and a more open-minded audience who are just wanting to watch a good movie.